The Fourth Meeting of Balkan Universities Association was hosted by University of Tetova on March 30th -31st 2018. The meeting brought together nearly 100 participants and representatives of 36 different Universities from 8 different Balkan countries. 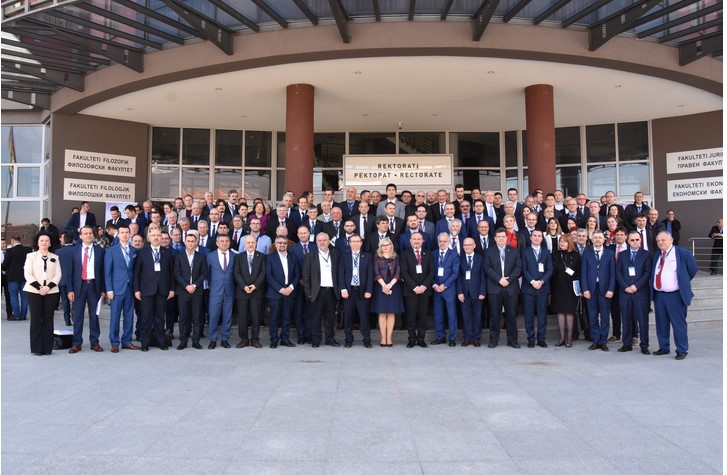 The Meeting of Balkan Universities Association started with the opening speeches Prof. Dr. VulInet Ameti-Rector of University of Tetova, Mr.Talat Xhaferi – President of the Assembly of the Republic of Macedonia, Assoc.Prof.Dr. Arber Ademi- Assistant Minister of Education and Science of Republic of Macedonia, Prof.Dr.Mynyr Koni- Rector of University of Tirana, Prof. Dr. Erhan Tabakoğlu- Rector of Trakya University, Prof.Dr.Ivan Ilchev-Former Rector of Sofia St.Kliment Ohridski University, Prof.Dr.Skender Topi-Rector of Alexander Xhuvani-Elbasan. Prof.Ameti put forward that he believes the views and opinions related to cultural coexistence in the Balkan geography will consolidate by conveying different opinions and arguments in similar subjects within the main title of today’s meeting “Collaboration Between Universities and Cultural Coexistence” to the community consisting of students and academics. Moreover, he told that “The primary objective of Balkan Universities Association established in 2014 has been setting a leading vision on common global values for future by means of universities, libraries and research centres in the Balkan region.” Prof. Ameti, emphasized this vision will only be realized when a scientific network is established in the fields of language, culture, art, history, economy, education and sport. 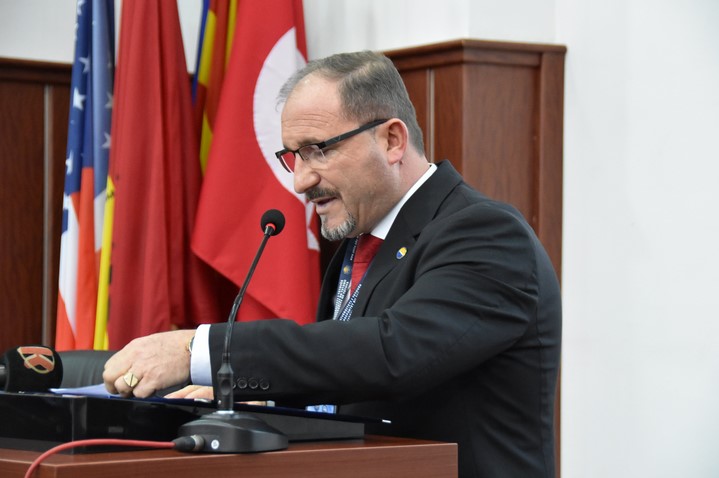 In his opening speech, the President of the Assembly of the Republic of Macedonia Talat Xhaferi stated that “Being the cradle of the knowledge and future, universities are institutions which determine the vision of the future.” The President Xhaferi agreeing to the main title of Balkan Universities Association emphasized it is important for the universities to collaborate with each other and the collaboration among the Balkan universities is more important. 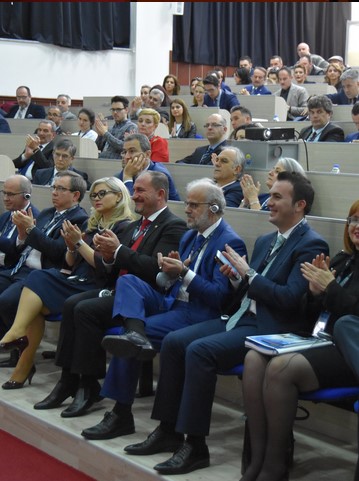 Deputy Minister Ademi started his speech with the words “Attendance of foreign guests in this conference shows that we believe in the power of knowledge which is one of the keystones of regional and social development and we aim to build a better future for the people of these countries.” Furthermore, he expressed that Balkan Universities Association would be a keystone for overcoming problems and conflicts and enabling communal and regional development. 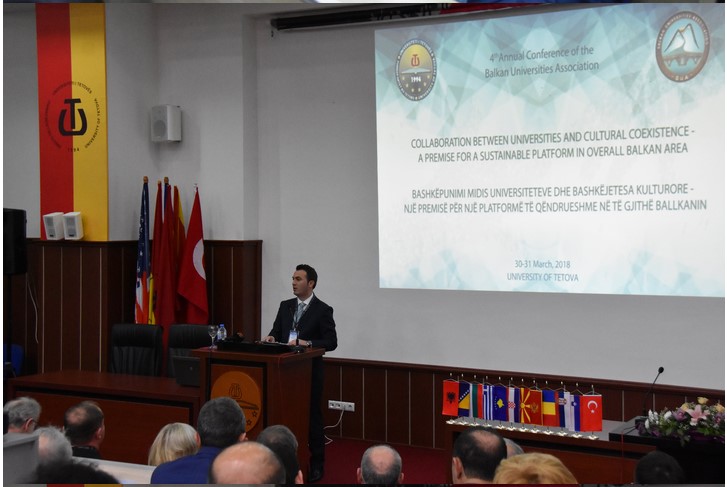 Rector of University of Tirana, Prof. Dr. Mynyr Koni stated in his speech that universities undertake an important responsibility on behalf of the society and continued his words as follows: “As the representatives of the Balkan universities we carry a heavy responsibility for what to leave to next generations. Universities are not only places where students receive training or places consisting of a few laboratories but also a significant element effective in all fields of life for our society. Therefore, collaboration among universities becomes a must. As the Balkan people, we witness how the lack of cooperation can affect us. 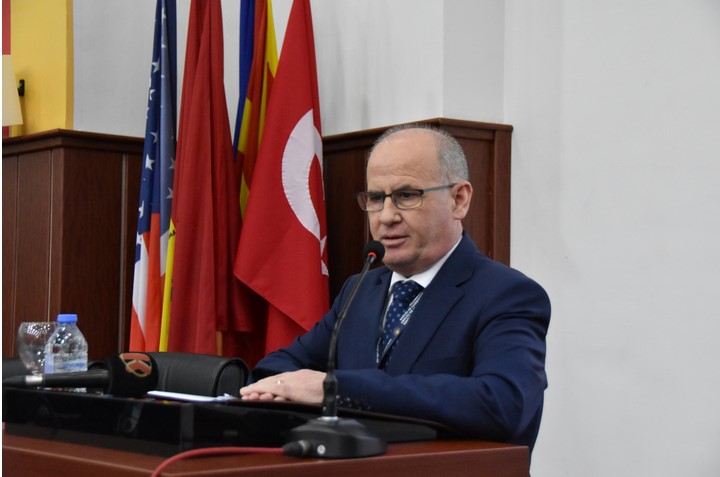 Rector Prof. Dr. Erhan TABAKOĞLU emphasized that BUA fulfilled a very important purpose like regional cooperation and highlighted the importance of the location of Edirne for reaching this aim.  Moreover, he said that Trakya University Biology Department was accredited in 2016, Chemistry in 2017 and Faculty of Medicine was accredited in 2018, and added, “Trakya University is the follower of quality process and our aim is to accredit all the faculties.”. The Rector stating that to be accredited has numerous contributions to universities, and continued his words as “The most important contribution will be increasing student mobility and meeting local needs more easily. Working in cooperation and meeting in certain standards will affect both the Balkans and our country positively. 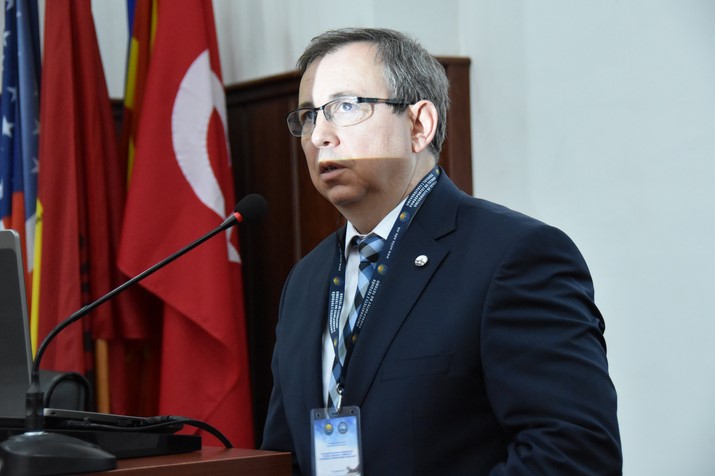 Prof. Ilchev briefly introduced Sofia St. Kliment Ohridski University established in 1887 after he referred to the main title of the conference and underlined the importance of cooperation among the Balkan Universities. Prof. Ilchev thanked everyone who contributed to this scientific organization and expressed his pleasure at being at the 4th annual conference of BUA in Tetova. 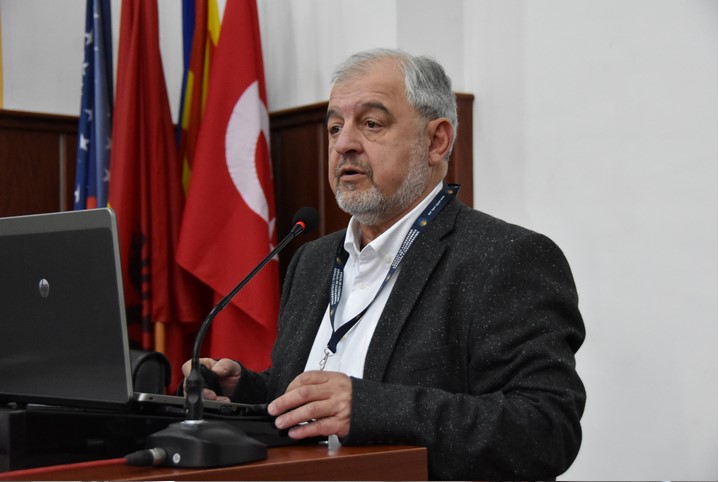 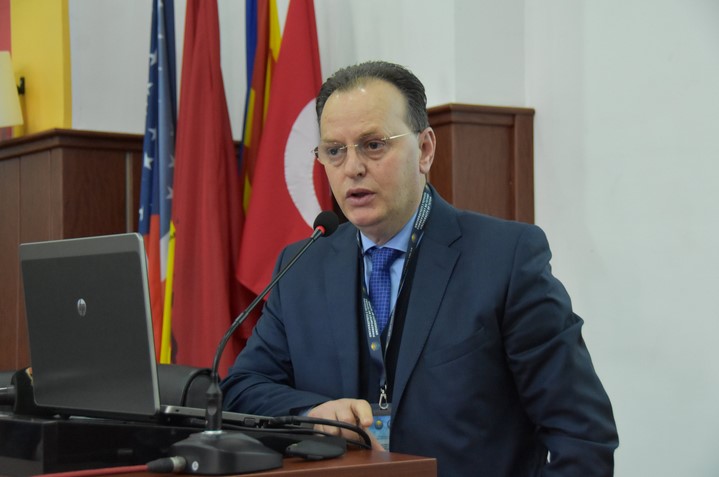 Prof.Dr.Suad Becirovic, the Rector of International Novi Pazar University  talked on "The Geo-Economic Significance of the Balkans in the 21st century"; 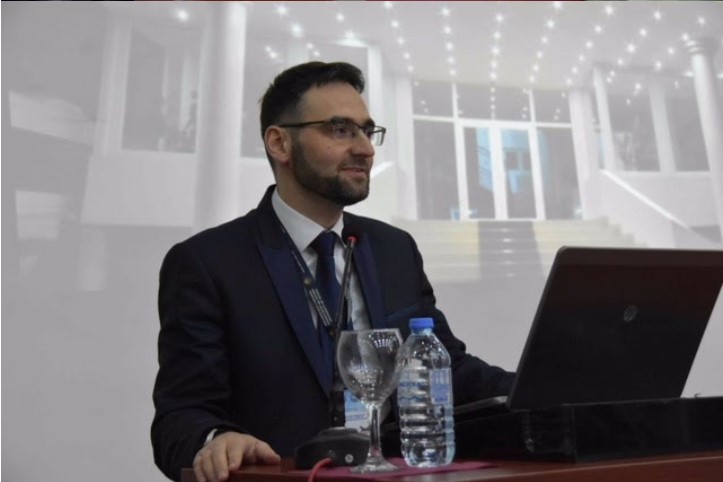 Prof. Dr. İsmail Kocayusufoğlu, the Rector of International Balkan University talked on "Bridging the Gap between Universities and Industries: Challenges and Opportunities"; 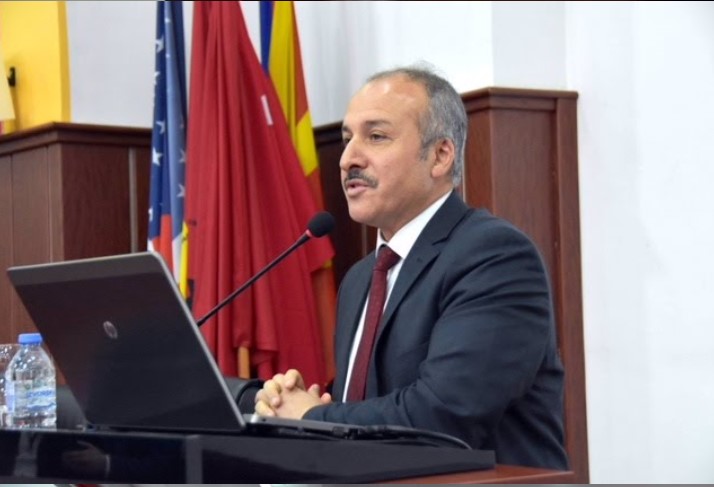 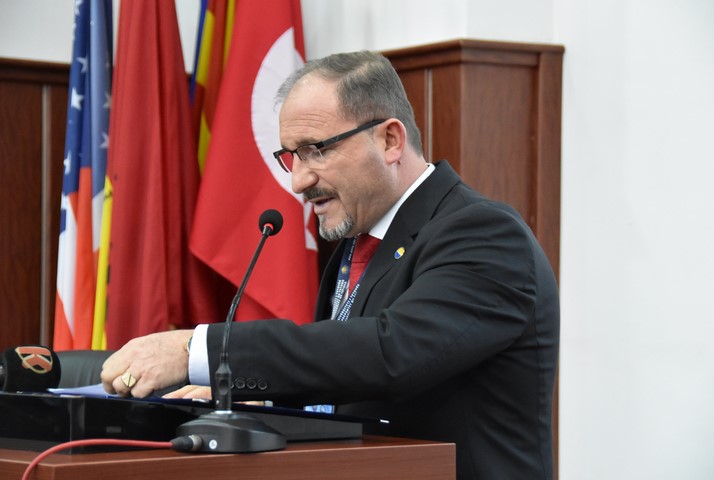 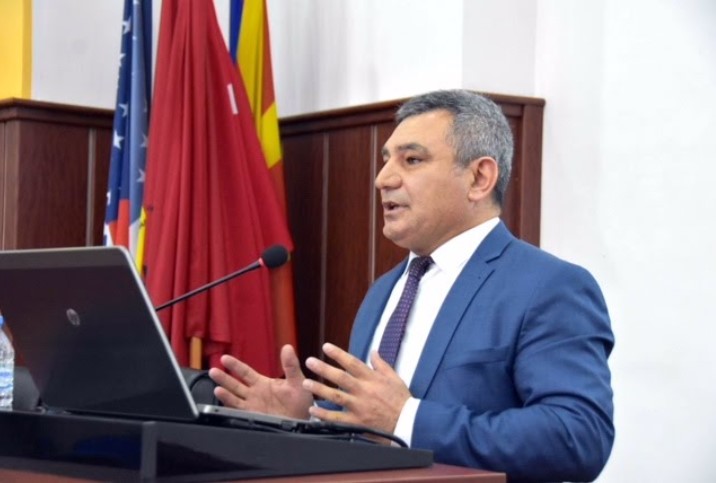 Prof.Dr.Juel Jarani, the Vice Rector of the Sport University of Tirana talked on "A Cross Section Study on Obesity of Albanian Children in Balkan Area"; 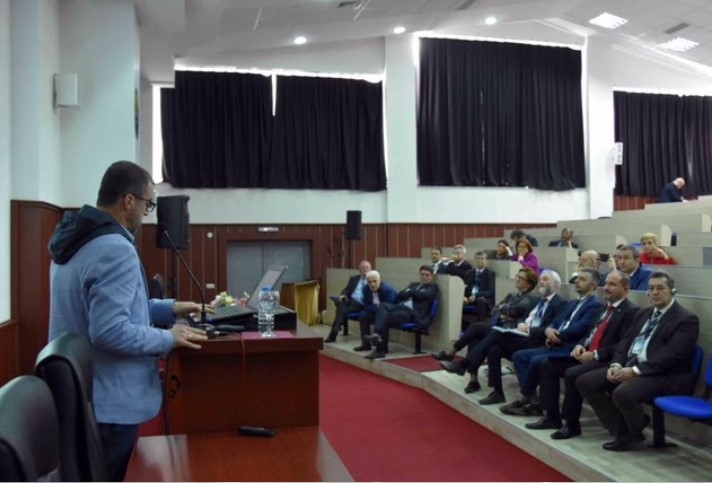 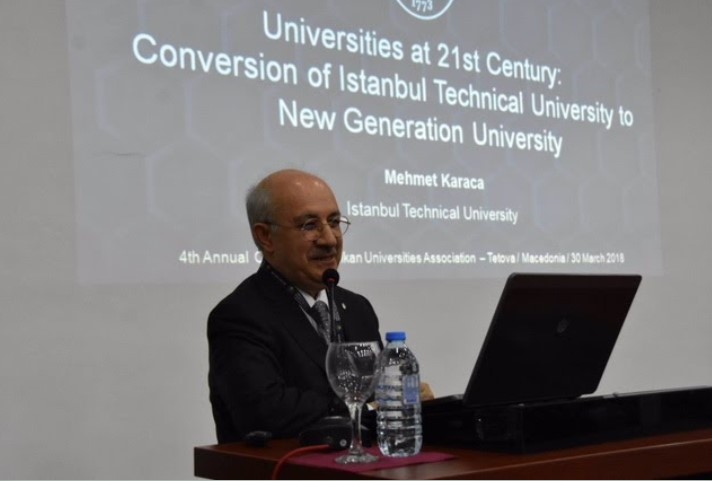 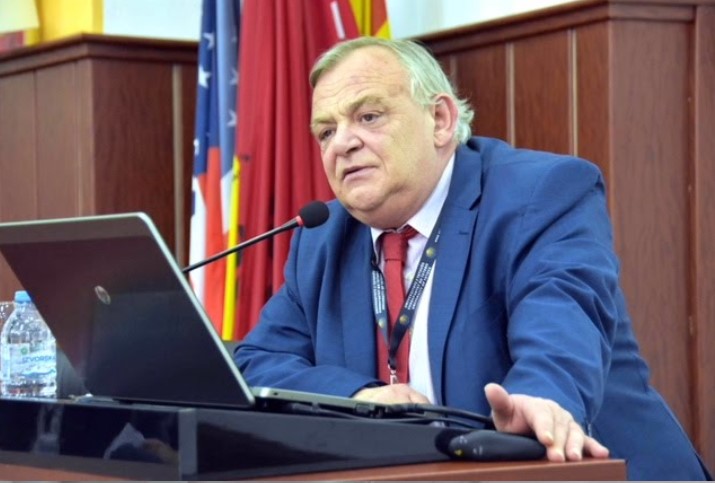 While the second session of the conference was held in parallel sessions, presentations on the main theme of the conference enabled the conference to be efficient. Prof.D.Suad Becirovic, Prof.Dr.Cem Uzun, Assist Prof.Dr.Fatbardha Ismaili, Assoc.Prof.Dr.Murat Türkyılmaz, Assist Prof.Dr.Agon Memeti undertook the role of moderator in the sessions where academicians from Balkan countries presented their papers. Moderators awarded the certificates to the academicians who presented their papers. 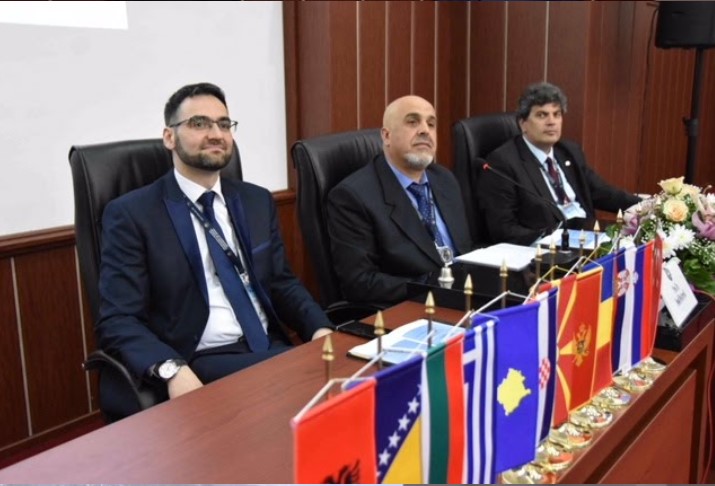 The Rectors' Meeting was held on the second day of the Fourth Meeting of Balkan Universities Association and the status of the new applicant members were assessed and eight Universities were accepted to be a member of BUA by majority voting of the representatives of BUA. Furthermore, University of Bucharest was elected as the president of BUA in 2019-2020 by the majority voting of the BUA representatives. After the election, Prof.Mircea Dumitru told that he is the Rector of University of Bucharest since 2012 and he will do his best for the recognition of BUA in Romania and in the world; he will make an effort for the acceptance of new members to BUA and do everything in his power to carry BUA to the best place. 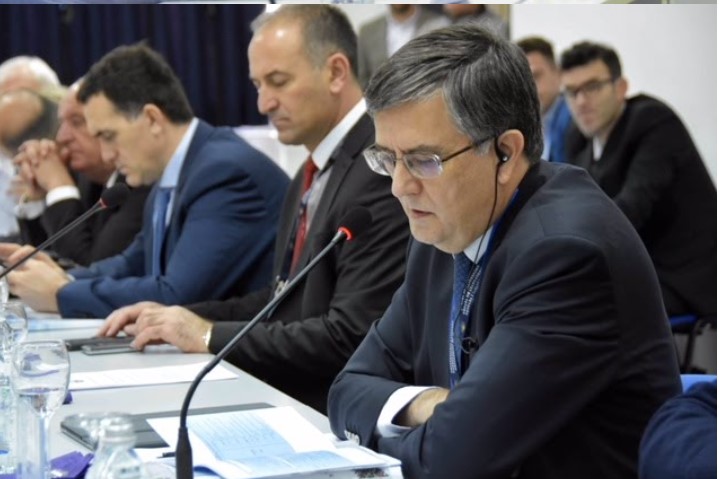 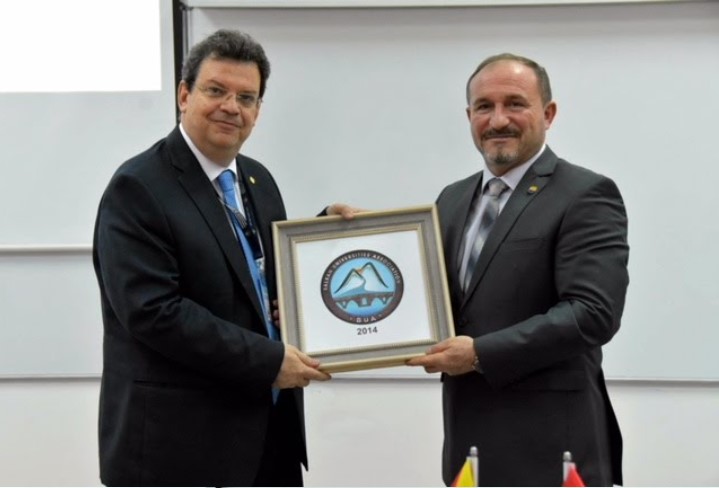 At the end of the 4th meeting of BUA, the participants joined Tetova tour. 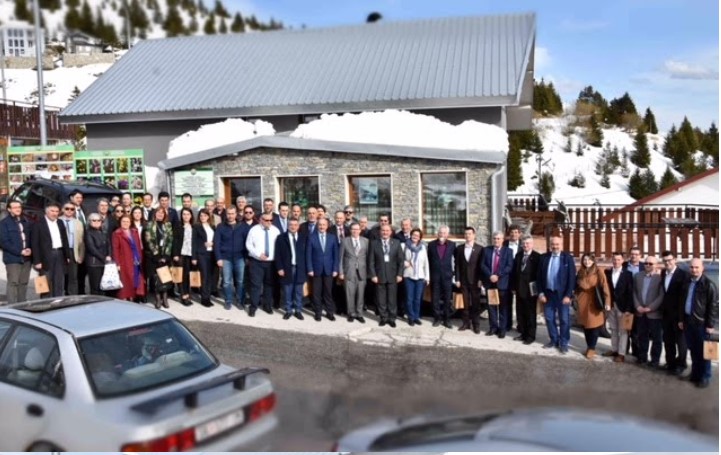